Been doing some Christmas cleaning today. That's about it. Finished the yuletide lads  quilt top yesterday Now I just need to quilt it so yay for that :)
Dad had to go back to the hospital last night (not so much yay for that). The doctors say he'll be there at least until Tuesday. Hopefully he'll be back home before Christmas :)

today's yuletide lad the 'thing' next to him is supposed to be a skyr barrel but I think it looks kind of weird, Maybe it's just the colors I used. 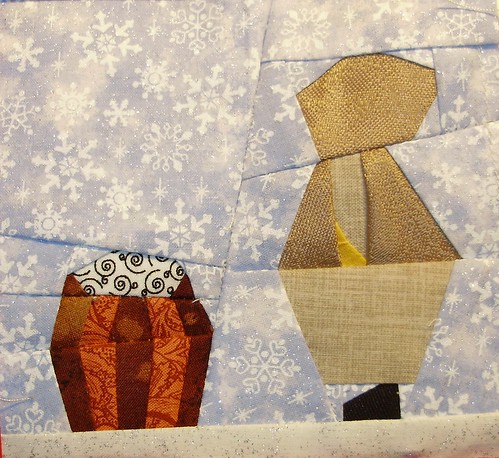 Skyr Gobbler, the eighth,
was an awful stupid bloke.
He lambasted the skyr tub
till the lid on it broke.

Then he stood there gobbling
- his greed was well known -
until, about to burst,
he would bleat, howl and groan.